skip to main | skip to sidebar

Cute little penguins floating on innertubes, wearing snorkeling gear. That is just weird, yet it is what appeared on the towels, shower curtain and other decor in our downstairs bathroom a few weeks ago.

They weren't always there...there was a time that the bathroom once had simple, bright lime-green walls, few, if any, frills, and no animal images. However, Kathy recently had a burst of creative energy (which was followed by the arrival of a new Target credit card in the mail...I guess we finally got 10% off the purchase after years of faithful Target employees offering the promotion each time we check out), and now we have these funny creatures staring at us in the "guest" bathroom (attention: future guests at the Penrod home--don't say I didn't warn you!).

Not comfortable with the presence of so many other pairs of eyes in the bathroom, I decided I'd try the other downstairs restroom. Normally it is reserved only for desparate moments, since it is the one most of the kids use and the smell and appearance are usually quick reminders of this fact. But, hey, I thought, it has to be better than being stared down by penguins.

Well, come to find out the once-smelly boys bathroom now is a sparkling clean monkey-themed museum. There is even a monkey trash can that is far too small to hold actual rubbish, so I figure it must be there either for use as a backup thimble or perhaps simply as a figurine. Now, I faced a critical decision. Would I rather "use the facilities" with monkeys or penguins surrounding me? The other option, climbing the stairs to the grown-up bathroom, seemed unreasonable (I'm glad you agree). Since it is summer in Arizona, I opted for the penguins, figuring I would rather feel like I am in antarctica than the rain forrest.

It didn't take long to regret that decision. The bathroom is cramped for space, so while seated on the toilet, one is face to face with the shower curtain to the immediate left. Exactly at the level of my eyes and no further than a few inches from my face was penguin #1, eerily staring directly into my eyes. I soon realized I shouldn't have complained about the direct eye contact from #1 as I realized penguin #2 had a different sort of angle to his glance...he stared straight down, and that was not an angle with which I was comfortable. I folded the shower curtain over #2's eyes and avoided direct eye contact with #1. Then I reached the breaking point--penguin #3 had sunglasses on, and I had no way of determining where he was looking. That was enough for me. Having lost all need to use the restroom, I decided to get out of there as quickly as possible, but not before running into a penguin soap dispenser, toothbrush holder, hand towel, and wash cloth package (which I think is for decoration rather than use, judging by the fancy ribbon tying it together). Half-expecting to see an image of a penguin in the mirror beside my own (like the hitchhiking ghosts on Disney's Haunted Mansion ride), I decided to flip off the lights and get out as quickly as possible, with a vow never to return.

My kids seem to enjoy the penguin and the monkey bathoom, although the penguin room is technically reserved only for special guests (see above warning). Then again, they also enjoy urinating in our swimming pool and dipping ice cream in ketchup, so I'm not sure they are the standard with which I should be comparing myself when it comes to good taste.

Being a man who believes in confronting his fears (see vacation blog entry), I decided to muster the courage to enter the penguin room once again, although admitedly this time for research rather than functional purposes. This time, less focused on their voyeristic tendancies, I noticed some interesting things about the various penguins that surrounded me. That is when I got the idea for this blog. Read on in future posts to find out about how Snorkeling Penguins on Innertubes have a lot more to teach us than we first realize.
Posted by Square Root of Family at 10:13 PM 3 comments: 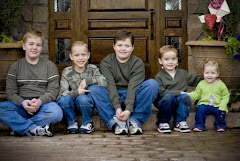